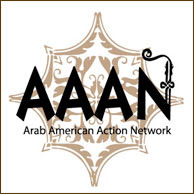 Join AAAN as they make a call to action to take on hate this Thursday afternoon. Their statement is below.

“To Michael J. Anderson, Special Agent in Charge of the Chicago Division of the FBI:

We, the undersigned, are demanding an end to the FBI Chicago Division’s policies of racial profiling. These include Suspicious Activity Reports (SARs), the Countering Violent Extremism (CVE) national program, and the use of undercover informants targeting our communities. These tactics and policies have a detrimental effect on our families. In fact, according to an Arab American Action Network (AAAN) survey of Chicagoland Arabs and Muslims:

The rampant use of informants and the hyper-surveillance of people in our communities have led to the following results:

We also recognize at the time of writing this letter that the Movement for Black Lives in this country and city is at its peak. The hyper-surveillance of Arab and Muslim communities by the FBI cannot be separated from mass policing, mass incarceration, and killing of Black people by the Chicago Police Department and law enforcement agencies across the country.

We write this letter officially calling for you to publicly declare the end of the use of SARs by the FBI Chicago Division, and that your office will refuse to partake in any CVE programming.

The Youth Organizing Program of the Arab American Action Network”