Join hundreds of activists, artists, and hip-hop lovers as they ring in the New Year in style and for a cause at the historic Rap Factory, Chicago’s Mecca of hip-hop located in the heart of Logan Square.

Purchase your tickets early at www.fight4yourright2.com; this party will sell out in advance!

All proceeds go to CCDBR’s efforts to stop police abuse, keep our community out of prison, and educate a new generation of activists.LIVE entertainment from a growing list of Chicago’s up and coming revolutionary Hip-Hop artists: 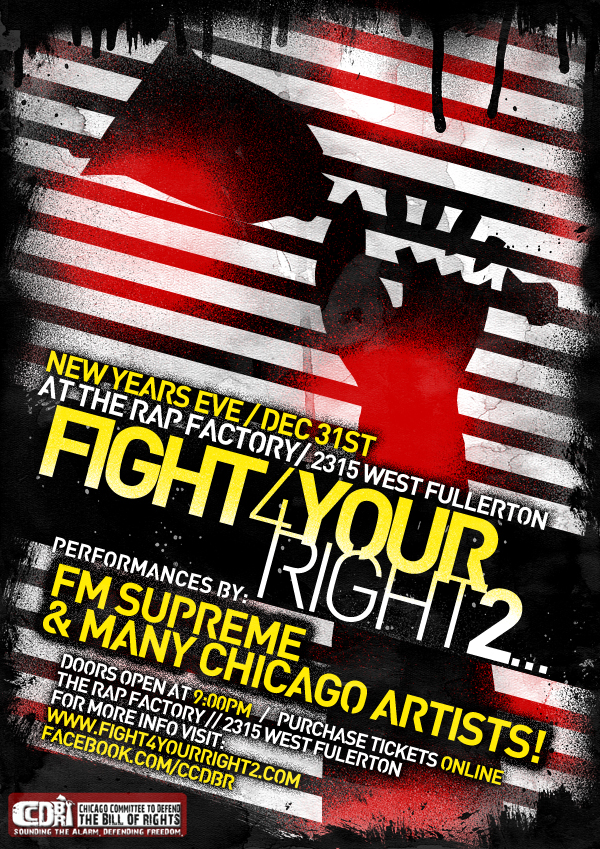