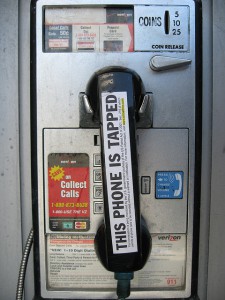 Will Congress let Section 215 of the Patriot Act expire?

On June 1st, one of the Patriot Act’s more indefensible components—Section 215—is due to expire. The only thing that can save it is an affirmative vote by both houses of Congress for its reauthorization.

In 2013, whistleblower Edward Snowden revealed to The Guardian that the US government had reinterpreted the law via Section 215 so that the National Security Agency (NSA) could access every single American’s phone records regardless of whether they’d been accused of a crime or not. Moreover, independent journalist Marcy Wheeler has shown the legislation is likely being used for additional surveillance of which the public has no idea.

The Patriot Act’s author, former Republican Congressman Jim Sensenbrenner, has conceded that no fair reading of the text would enable a mass phone surveillance program and the first federal judge to look at the program deemed it unconstitutional.

Now is the time to tell your legislators to kill this nefarious legislation.

And watch John Oliver humorously dissect the ramifications of Section 215 with Edward Snowden on his show “Last Week Tonight” here.