“The ACLU on Obama and core liberties” @ Glenn Greenwald (Salon.com) 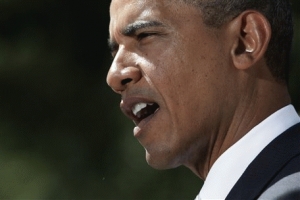 The ACLU decided to use the 10th anniversary of the 9/11 attack to comprehensively survey the severe erosion of civil liberties justified in the name of that event, an erosion that — as it documents — continues unabated, indeed often in accelerated form, under the Obama administration. The group today is issuing a report entitled A Call to Courage: Reclaiming Our Liberties Ten Years After 9/11; that title is intended to underscore the irony that political leaders who prance around as courageous warriors against Terrorism in fact rely on one primary weapon — fear-mongering: the absence of courage — to vest the government with ever-more power and the citizenry with ever-fewer rights. Domestically, the “War on Terror” has been, and continues to be, a war on basic political liberties more than it is anything else. The particulars identified in this new ACLU report will not be even remotely new to any readers here, but given the organization’s status among progressives as the preeminent rights-defending group in the country, and given the bird’s-eye-view the report takes of these issues, it is well worth highlighting some of its key findings.